VoD is a fantasy world where you can find a fantastic film series, an unending stream of glittery images made available to your children, that is: Barbie. But how can you find your way through thirty movies already released, to find the one made for you? You don’t know it yet, but you’ll soon be addicted.

Barbie is a contradictory saga in which one can discern two trends. The first one is the princess movie. Drawing inspiration from popular stories and fairytales, set in castles and woods filled with imaginary creatures and talking unicorns, this trend is designed for younger daughters not tough enough to face vicious wolves. Here villains sometimes are mean trolls, but more often than not our blonde hero’s enemies are bitter adults driven by envy and jealousy, either a slick man who tries to deceit or trick her or the older version of a highschool bitchy mean girl. 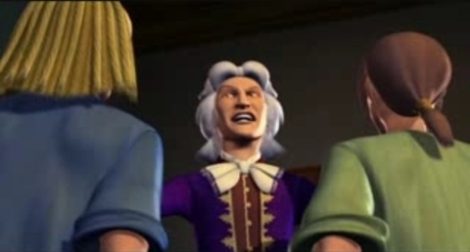 The story has a way of flattering and boosting your ego by suggesting that the creeping of bad guys is inevitable because of your own perfection. Keeping in mind that villains and haters eventually all are petty and easy to defeat when you’re confident enough. The lesson to be learned here is as simplistic as efficient, in line with the (simplified) ideology of suburban America. The story is even more enlightening because Barbie herself is in charge of it in most of the movies. Like Noddy in a tutu, she uses her adventures to help the kid overcome his daily problems. The fairytale-Barbie trend has a classical way of addressing children, and the need to remain within the bounds of traditional culture can be felt through the use of music. On one hand, let’s be honest, production values clearly have never been focused on graphics. The whole series is rather ugly and the pictures are so basic they remind us of the early days of computers. 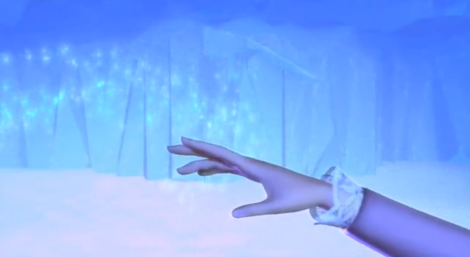 But on the other hand, prestigious orchestras have been recording masterful soundtracks for several of these movies. In Barbie as Rapunzel that’s the London Symphony Orchestra we’re listening to.

By the way, the ballerina is a true obsession of Barbie’s, ballet being the supreme symbol of classicism, perfection and self-discipline. Fairies and princesses are other recurring characters. In short, this is not the most original and pioneering trend in the series, and few of these movies might hold your interest.

Pop-stars are the new princess

The Barbie myth has already been profusely criticized: here we want to make the most out of VoD’s weirdest, and the Barbie film series, when it tries to keep up with Bratz dolls or Hannah Montana, has made some pretty interesting and surprising choices. This is the second, less common but juicier trend of Barbie movies. These animated movies are made for pre-teens who, though they’re stumbling through what will soon be a lovelife and experimenting with their wardrobe, are still feeling nostalgic for their Barbie Dreamhouse. For every girl experimenting with a lip-gloss and low-cut trousers, Mattel created a multifaceted masterpiece that can make you seem cool in front of your besties while not disavowing your love for everything pink. Strange results ensue.

At the crossroads of both trends is Barbie and the Three Musketeers, a mix between the book of the same name, Cinderella and Colombiana, with a dash of Working Girl-like feminism. This movie depicts Barbie and three friends/maids/musketeers, all with their assigned weapons – a sword for our pink Barbie of old, who has the benefit of classicism, blinding perfume and whip-ribbons for purple Barbie (Teresa), combat-fans for green Barbie (Summer) and a headband-sling with diamonds for blue Barbie (Nikki). A nice show of syncretism, well summed-up in this song:

The other movies first seem to have a more « realistic » feel: they start off with the routine of a normal teenager, only to derail it violently into magic and fantasy.

In The Barbie Diaries, our main character is just an ordinary and unpopular student who dreams of dating her nemesis’ boyfriend. The villain, Raquelle, has no reservations when it comes to making others miserable, and reconciles with her ex-beau precisely for that purpose. But Barbie uses a magical diary to become popular. Unfortunately, she turns more and more into Raquelle herself and loses all her friends. Lesson learned : you have to stay true to yourself. 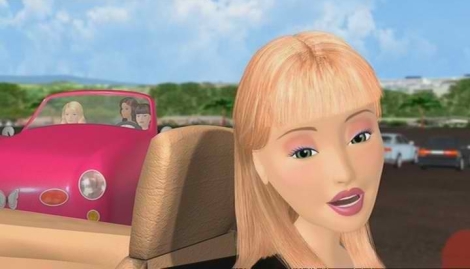 Barbie: A Fashion Fairy Tale first traps the viewer by mimicking an adaptation of The Princess and the Pea. Except for the peas being zombies who suddenly are rapping. Change of focus : this is the shooting of a movie. Barbie, the main actress, tries tactfully to knock some sense into the director so he ditches the zombie part because, and I quote, « it really doesn’t make sense in the story ». She’s fired on the spot. She has to move from her pink trailer but her failure is already everywhere on social media. Worse, haters are raging against her in the comments section, rejoicing over her dismissal. Desperate, she’s thinking about quitting the biz. At this precise moment, Ken dumps her on the phone. She flees to Paris, where her aunt’s owns a fashion boutique.

In the meantime, her friends find out that  Raquelle (now an Asian woman) set up Barbie and Ken NEVER wanted to break up with his star. Hence two separate plots: Ken goes on a road trip to get Barbie back, and our favorite doll attempts to launch a fashion collection to fight off mean stylists dressed all in black, thanks to a magical closet in which fairies put glitter all over the dresses. All this with the most unsightly images of the series. Lesson… uh… learned?

This tasty mix also can be found in:

– Barbie: Princess Charm School, in which Barbie fulfills her dream of getting into princess school.

– Barbie in a Mermaid Tale, in which Merliah Summers, a surfing champion, finds out she’s actually the daughter of the Queen of Oceana, kingdom of mermaids.

– Barbie: A Perfect Christmas,  the most realistic, clearly an adaptation of a live-action Christmas TV movie since it depicts Barbie and her three sisters stuck in America’s countryside because of the snow and unable to celebrate Christmas with the whole family. But Barbie won’t give up and wishes to spend a « perfect Christmas ». Their really generous neighbors then help them to achieve just that.

– Barbie & Her Sisters in A Pony Tale, remake of The Saddle Club where you learn that when you fall down you have to get back up.

– Barbie in Princess Power, which rides the Marvel wave by depicting how the kiss of a butterfly gives superpowers to Barbie.

New movies are soon to be released, and we can’t wait for Barbie Rock and Royale, which signals the return of Barbie’s first love on the front stage : music. For most of the second trend, pop music has taken precedence over classical music, which was still an opportunity for high quality songs. Be warned : princesses just wanna have fun. 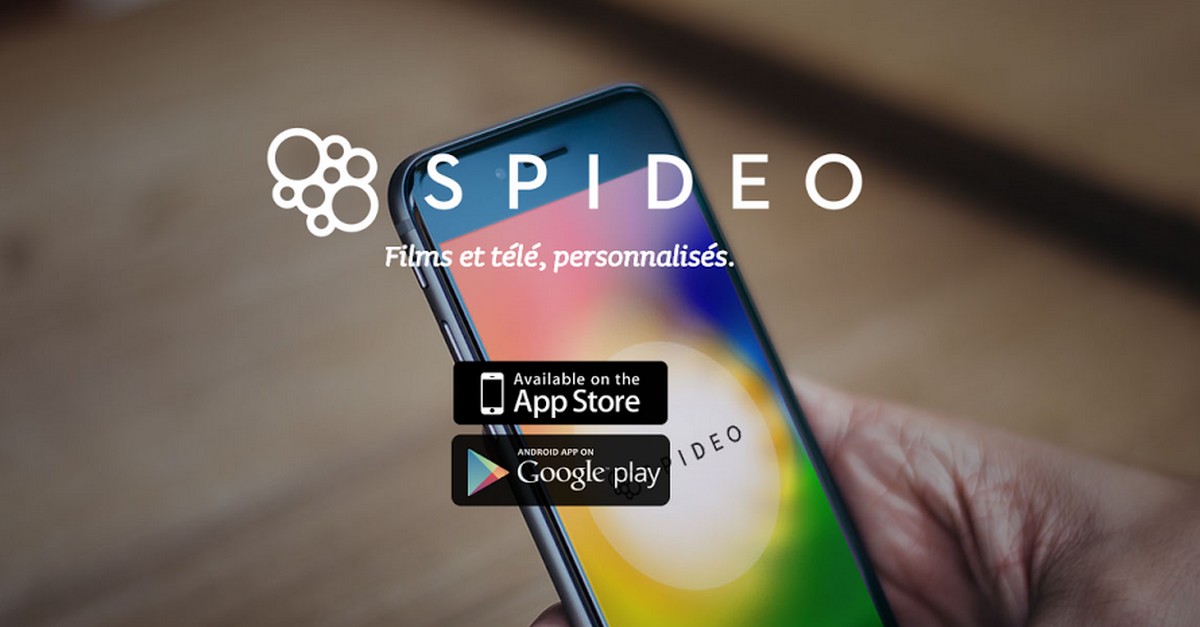